[HOUSTON, TX – June 15, 2021] Project Veritas released a new video today featuring a sit-down interview with recently-suspended Fox 26 reporter, Ivory Hecker, who blew the whistle on her own network for what she says are acts of deception. She claims the station’s editorial decisions are an affront to honest journalism.

Hecker, who serves as a dayside reporter primarily for the five and six o’clock news, came forward to Project Veritas with recordings of her colleagues and superiors showing a pattern of “censorship” on COVID-19 and Bitcoin-related stories. She also highlighted a pattern of submission among the local affiliate’s leadership to Fox’s corporate interests, rather than acting in the interest of transparency with its viewers.

“Viewers are being deceived about some of the things that are going on,” Hecker told Veritas.

One major issue Hecker addressed was Fox 26’s pressure on her to minimize stories presenting Hydroxychloroquine as an acceptable treatment for COVID-19. Hecker cited a seemingly tangled web of ad dollars, network corporate executives, government health departments and money-making motivations as the main reasons behind such censorship.

“Fox came at my throat for standing up against censorship,” Hecker added. 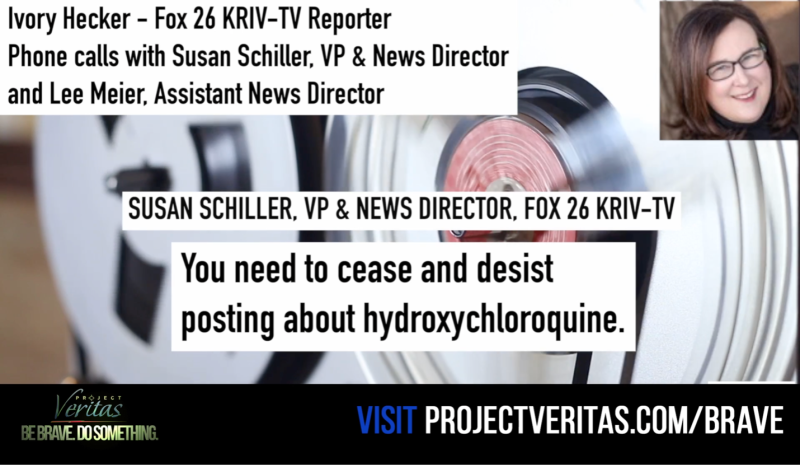 Hecker also cited a specific story in which Lee Meier, her boss, deemed a Bitcoin piece to be inapplicable “for a poor African-American audience” that represents a large portion of Fox 26’s audience during the five o’clock hour. 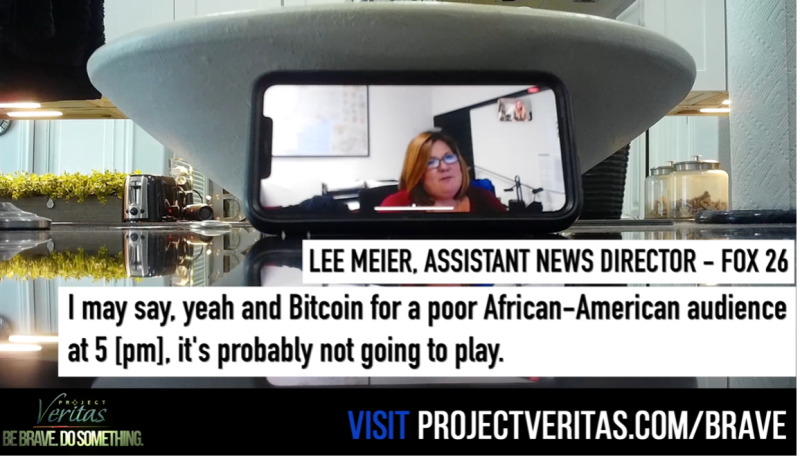 Veritas reporters recorded members of the Fox 26 team shedding light on the surprisingly young producers who joined the network “right out of college,” the mechanics of how ad dollars affect stories, and the recent push to publicize the Coronavirus vaccine as much as possible. 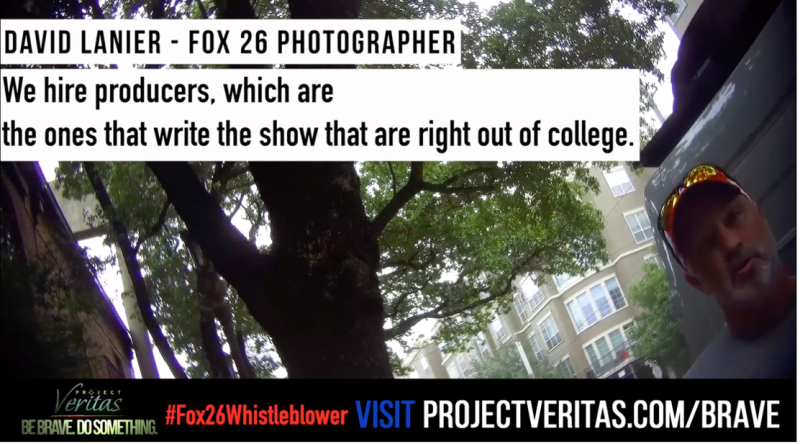 Jennifer Bourgeois, Sales Coordinator for Fox 26, admitted on tape that the CDC is heavily influencing stations such as theirs due to the amount of money they are pouring into ad campaigns – and how that, in turn, affects the network’s coverage of major health issues. 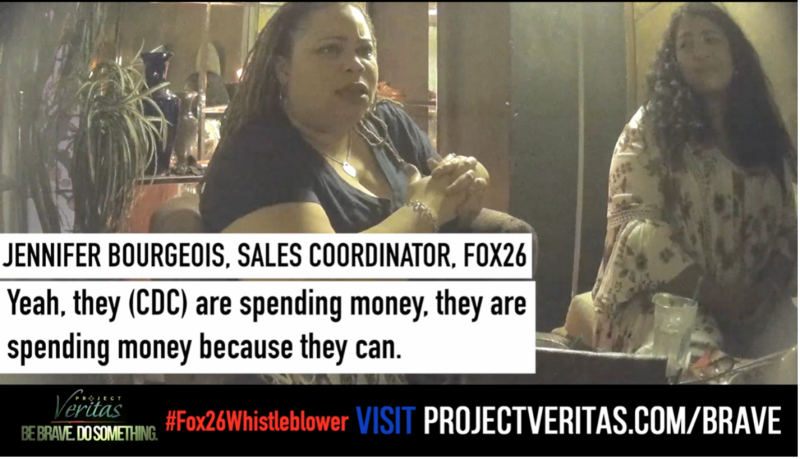 Hecker went on to say her superiors lost their way when they forgot their “first loyalty is to the citizen.”

“Vaccines are a potential money maker for Fox,” she explained. “Fox gets paid for that. As a viewer you need to look at who is advertising on this TV station, and you’ve got to realize — surely that the TV station doesn’t want to hurt its advertisers.”

When asked why she would risk her career and professional reputation to come forward, she said the “corruption” at the network became too overwhelming.

“It affects the viewers. That’s why I’m doing this,” Hecker explained. “The viewers are being deceived by a carefully crafted narrative in some stories, okay? In some areas they do fantastic journalism. For some reason, some of these stories have an incredible slant. If you accidentally step outside [the narrative], they try to internally destroy you — as I’ve witnessed firsthand.”

James O’Keefe established Project Veritas in 2011 as a non-profit journalism enterprise to continue his undercover reporting work. Today, Project Veritas investigates and exposes corruption, dishonesty, self-dealing, waste, fraud, and other misconduct in both public and private institutions to achieve a more ethical and transparent society. O’Keefe serves as the CEO and Chairman of the Board so that he can continue to lead and teach his fellow journalists, as well as protect and nurture the Project Veritas culture.

Project Veritas is a registered 501(c)3 organization. Project Veritas does not advocate specific resolutions to the issues raised through its investigations. Donate now to support our mission.

Joel Moskowitz, a researcher in the School of Public Health at UC Berkeley and director of Berkeley’s Center for Family and Community Health, explains why cellphones are harmful to health, and what people can do to reduce their risk.